It’s been an economically and racially charged week for me.

On Sunday, I overheard to eager medical students discussing in the racial disparity in medicine. White guy says to Asian-American guy, “We’re really trying to do something about the racial disparity in medicine and we think that mentoring is really a good idea. These kids need a mentor who’s already in medicine to tell them how to get there.” He didn’t say it explicitly but the idea was certainly there: A mentor is the missing magic link to end the racial divide (lets not even get started about the economic or educational divide). Read on.

On Monday, I took a 45-minute bus ride from my apartment to my tutoring job. At one point, 4 white urban youths got on and immediately made me uncomfortable. Clearly on drugs or alcohol or both (at 3 pm), they were loud and insensitive of other people’s space. An African American man got on, offering for sale some bus tokens. One of the white guys offered him a price below market price and the seller responded with a “What do you take me for, an idiot?”

I have been known to get myself into (slightly) precarious situations, usually on public transportation, usually related to people being very disrespectful of others. I’ve never gotten hurt but have been yelled at a few times. I know I have some major problems getting into the middle of possibly dangerous situations. I could feel my shoulders and stomach tense, wanting very badly to stand up, turn to the back, and yell at the top of my lungs, “SHUT UP! And get off this d— bus!” I wanted to go to the 4 white youths and tell them that I was embarrassed to be the same ethnicity as them and that they didn’t deserve to ride the bus with the rest of us. Etc. Etc.

But I stayed in my seat and prayed. Prayed that peace would wash over the bus, prayed that the demons of drugs and racism and anger would leave the bus. Prayed that the situation on the bus wouldn’t stay in the hearts and minds of the riders, like it has for me. I cried Monday night and I’m crying again, so deeply saddened by the abuse our fellow humans have suffered and continue to suffer.

After my bus ride on Monday, I still had to go tutor. I worked with a biracial 6-year-old kindergartener, who we’ll call Keesha. She told me almost immediately that she got a “red light” at school, meaning she had gotten in trouble. Keesha is a delightful child who gets excited and frustrated easily. She yelled loudly and inappropriately a few times, worrying me. Her 16-year-old brother and father are in jail—or the brother is in jail and the dad is deceased (hard sometimes getting a story from a 6-year-old.)

She drew a picture of the two of us and she gave herself red hair and me black hair. I talked about how if I didn’t have my current hair color, I would really want black, curly hair. She pointed to hers and I said yes, just like hers.

I asked her what she wanted to be when she grew up. She replied: “A killer.”

“So I can kill people, knife people,” she said.

What do you say to a 6-year-old who wants to be a killer? “Well, maybe a police officer or in the military would be better,” I said, grasping for something. “Why do you want to kill people?”

Monday night, I tell Charles about Keesha and he says two things: “Something really bad has happened to her. Either she’s witnessed someone get killed or has been abused. And if there isn’t some intervention, she’s going to be put on bad antipsychotic meds.” Apparently, African American children get put on antipsychotics and bipolar medicine that white children with similar symptom wouldn’t be prescribed. 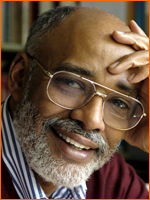 Tuesday I spent my transit time voraciously reading a 1989 book called When Children Want Children: An Inside Look at the Crisis of Teenage Parenthood by Leon Dash, a then Washington Post investigative reporter. Dash, a self-described middle-class black man, spent over a year (1984-1986) living in one of the poorest areas of D.C., interviewing adolescent parents and their extended families about the disproportionally high pregnancy and birth rate in the black community. In 1984, non-white teens were more than 2x more likely to have a baby than whites. While the data in Dash’s book is now almost 30 years old, many of the stories and situations don’t seem to have changed. For example, in 2006, the National Campaign to Prevent Teen and Unplanned Pregnancies reported that 50% of non-Hispanic black girls get pregnancy before age 20 (twice the national average).

I would recommend this book to pretty much anyone, but especially people who think that African Americans should just “pull themselves up by their bootstraps like we [white people] did.” 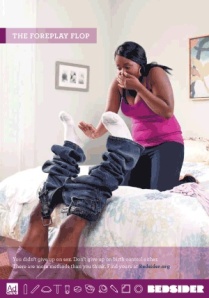 It’s a sobering look at the lack of opportunities presented to the poor and how when you are 3 grade levels behind in a failing school at the age of 13, your options for success are slim. To Dash’s sources, having a baby declared the teenagers were now adults and had accomplished something tangible. The pregnancies were by and large intentional, which astounded Dash. Girls weren’t being manipulated by their boyfriends, and the teens didn’t use birth control, but not because they couldn’t access it.

Dash writes in his prologue, “[P]oor academic preparation that begins in elementary school, the poverty that surrounds them, and social isolation [I would add oppression] from mainstream American life motivate many of these boys and girls to have children” (10). I would add, from the latter part of his book, “A lot of the negative behavior I saw and learned about grew out of a person’s inability to earn an income. … Education might provide an escape. But education was not a priority in their homes; survival was” (Dash 263 italics mine).

Wednesday I tutored Keesha and her cousin who we will call Jeremiah. At one point, the site coordinator burst into the room and reprimanded Keesha for sitting too close to her cousin. “You know we’ve talked about this,” she told Keesha. “You can’t touch the boys.”

Keesha asked me if she and Jeremiah would be cousins when she was 15. I told her yes. She said, “Then I can be the parent, and he can be the other parent.”

I nearly fell off my chair, as her beliefs directly mirrored that of many of the young people in Dash’s book. I tried to say, no, that’s not a great idea…

I found the site coordinator after finishing with tutoring. She filled me in.

Keesha had been molested by a male relative and had been “acting out” quite a bit in the last month—touching boys in the crouch, kissing boys and girls on the mouth, biting people. She was in therapy; the family was bringing charges against the abuser. We’d all try to watch her more.

On the bus back home last night, I just stared out the window and prayed. Keesha’s story is familiar, yet devastating.

Is Keesha condemned to early onset of sex, teen pregnancy, dropping out of school? Will justice be served?

When I got home, I was so angry. I told Charles that if I had no education and no economic hope, I too would develop all sorts of problems that my stable economic status, high level of education, safe neighborhood, and faith insulate me from. Charles agreed that I might become like the young men who feel their only option for self-preservation is fighting and abuse. [I think I’m less like the young women who get pregnant than the young men who fight. But that’s another story…]

If I feel such anger for a child I’ve tutored a handful of times, I can’t imagine the rage and bad coping I would have if I were the one molested, if my sister were molested and there was no way for us to get out of our bad situation.

Charles told me a French monk who moved into the devastated ghettos of Paris said people had only two options when facing such situations: turn to God or turn to anger and killing. And if you don’t have God, you only have one option. 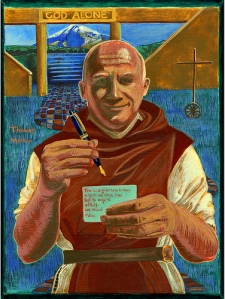 And since Charles is on a little Thomas Merton kick right now, I’ll end with a Merton quote that reminds me to not look too far for the sources of pain in the world.

From New Seeds of Contemplation: “At the root of all war is fear: not so much the fear men [and women] have of one another as the fear they have of everything. It is not merely that they do not trust one another; they do not trust themselves. If they are not sure when someone else may turn around and kill them, they are still less sure when they may turn around and kill themselves. They cannot trust anything, because they have cased to believe in God. … Instead of hating the people you think are warmakers, hate the appetites and disorder in your own soul, which are the causes of war. If you love peace, then hate injustice, hate tyranny, hate greed—but hate these things in yourself, not in another.”

2 thoughts on “All “they” need is a mentor: Race, class, economics”